For the most part, infection rates tend to be higher in and around Ohio's urban centers, with Franklin County presenting the highest rate and the highest number of total cases. 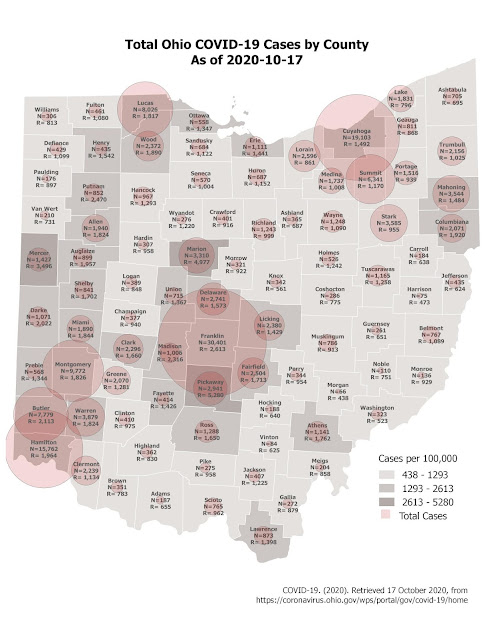 On a more positive note, the next graph shows the percentage of identified cases resulting in death for Ohio's three largest metropolitan counties, by month. The data show a remarkable reduction in the ratio of deaths to cases, an important accomplishment for Ohio's healthcare system. 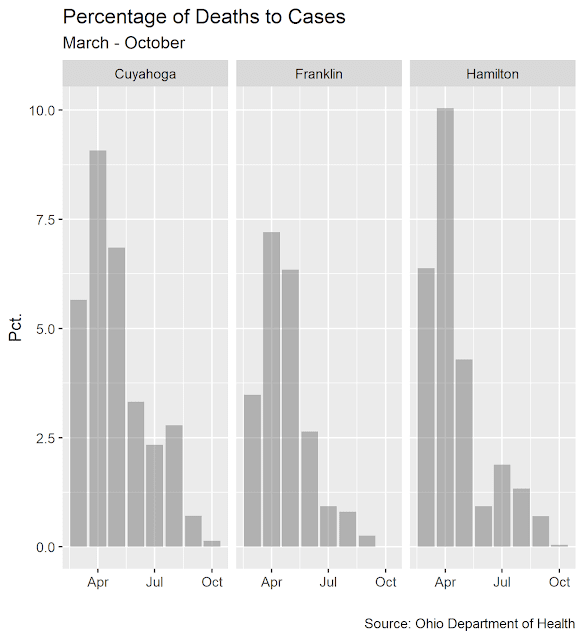 Many Ohioans continue to be concerned about the ongoing COVID-19 rate of infection. Most of us are aware that cases are increasing as we move into colder weather. The following charts show how Ohio's moving seven day average of new infections compares with contiguous states.

Unsurprisingly, the trend is up throughout the region. Kentucky and Indiana are experiencing more pronounced increases than Michigan, Ohio, Pennsylvania, and West Virginia. 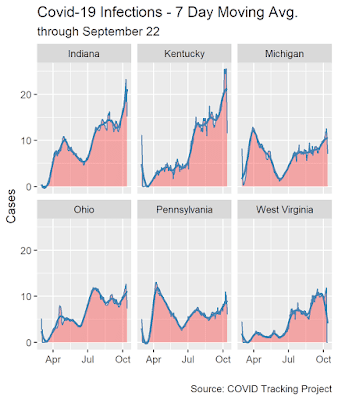 The following charts show COVID-19 infections, hospitalizations and deaths per 100,000 population by Ohio region through September 24. Cases tend to rise and fall and then rise again. It is interesting to note that infection rates were higher in Ohio's second wave while hospitalization and death rates peaked in the spring.

South East Ohio recorded the lowest rate of cases, hospitalizations, and deaths. Paradoxically, this region also has the highest percentage of residents with underlying conditions. 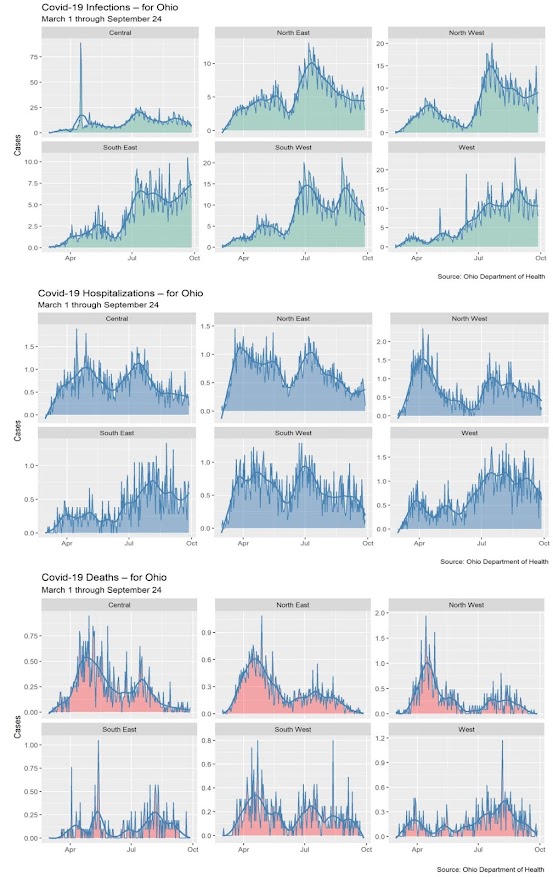 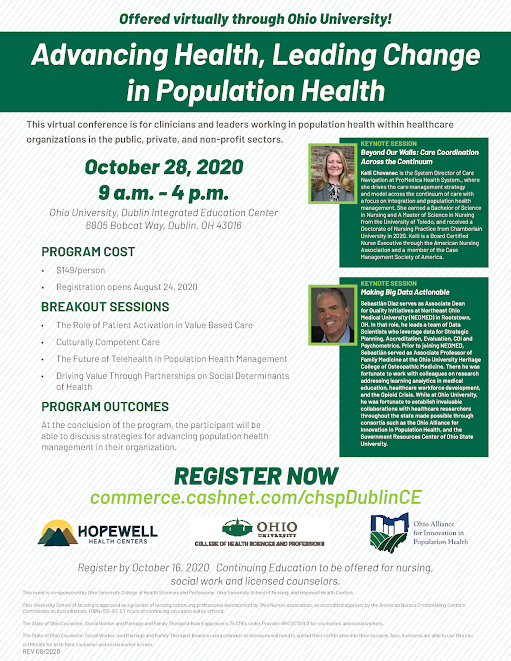 Leadership Conference to be offered virtually!


Ohio University College of Health Sciences and Professions (CHSP) will be offering the Professional Leadership Series virtually on September 23, 2020. Share the Vision: Engage, Inspire, Empower is for new and emerging leaders as well as those in middle management roles. The cost is $150 per person, and 5.1 nursing contact hours will be offered. Register now at commerce.cashnet.com/chspDublinCE. 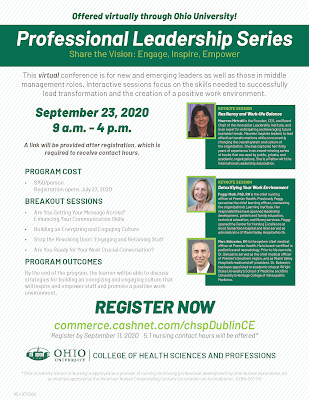 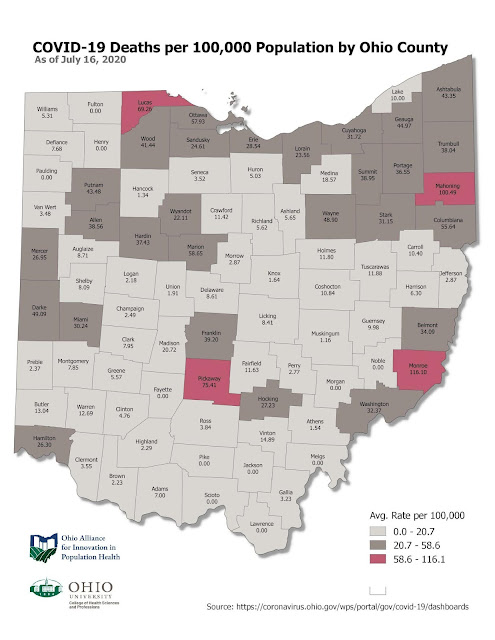 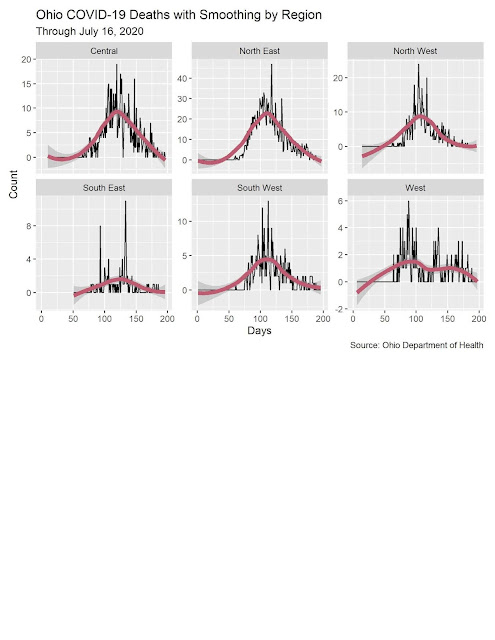