As of June 11, 2020 there have been a total of 40,004 Ohio COVID-19 cases and 2,490 deaths. A review of deaths per 100,000 population by county shows tremendous variability with Monroe County in Eastern Ohio reporting a rate of 102 deaths per 100,000 population, followed by Mahoning (85), Pickaway (70) and Lucas (62) Counties. Several counties have yet to report a single death and many counties are reporting rates still in the single digits. 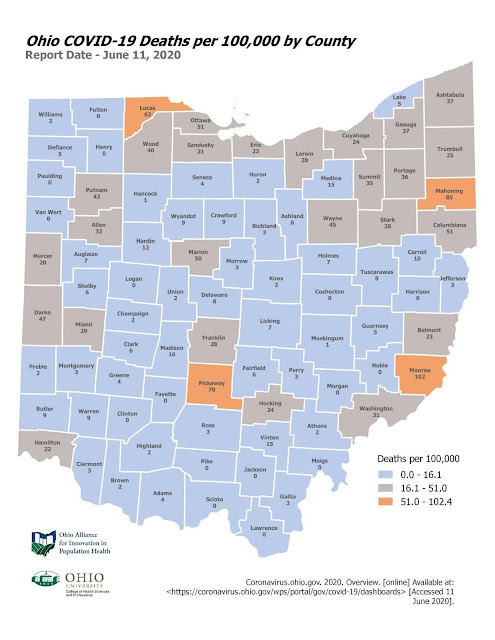 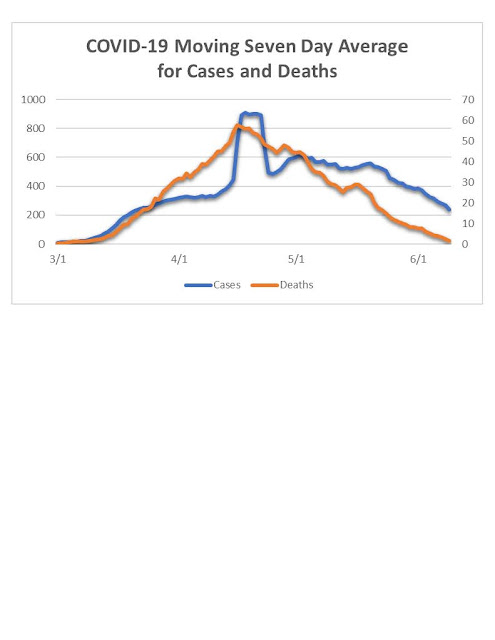