The final two maps in today’s report display proportional infection rates per 100,000 population for Ohio Counties. Data for each county is represented as a series of concentric circles starting on the first day that an infection was noted to the last day of the report. The first map shows data through April 6 and the second map displays data for April 20. Visual inspection of the area between concentric circles (annulus) can be used to assess the degree to which increases in identified cases is stable and predictable.
For most counties, the annuli are clustered closely together suggesting a stable pattern of growth. For Marion and Pickaway Counties there are significant gaps in recent annuli and significant growth in a short period of time. In the past week, COVID-19 infections spread exponentially through prison populations in both communities. There are approximately 50,000 state prison inmates incarcerated in 20 of Ohio’s 88 counties. There are also an estimated 20,000 Ohioans in county jails. 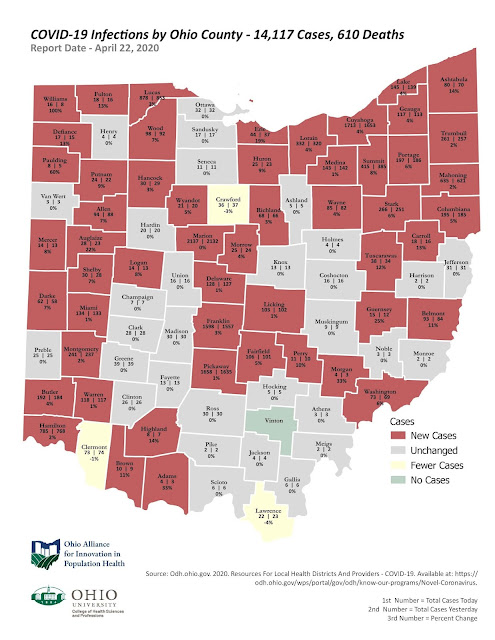 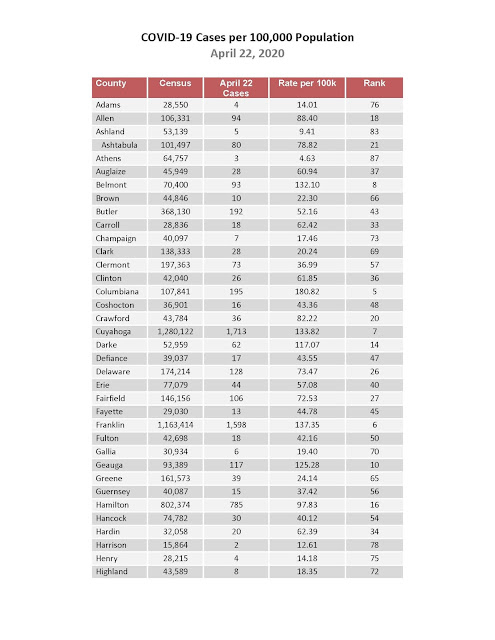 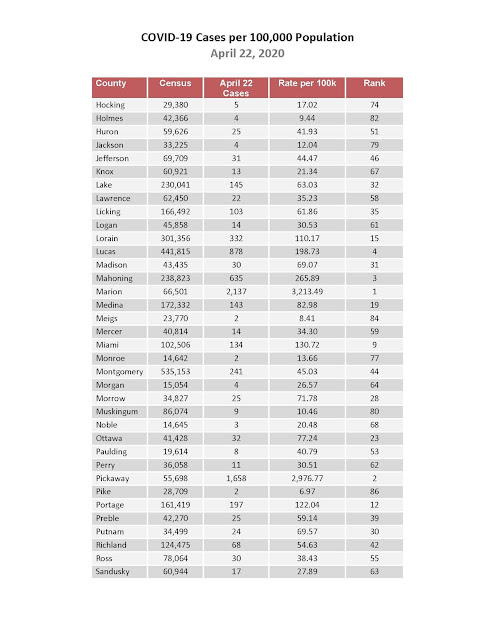 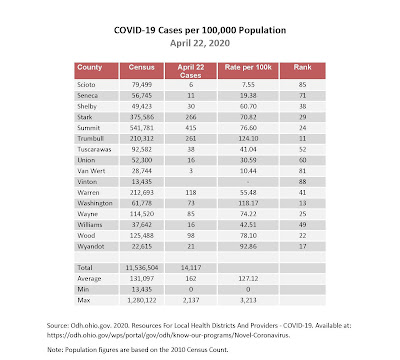 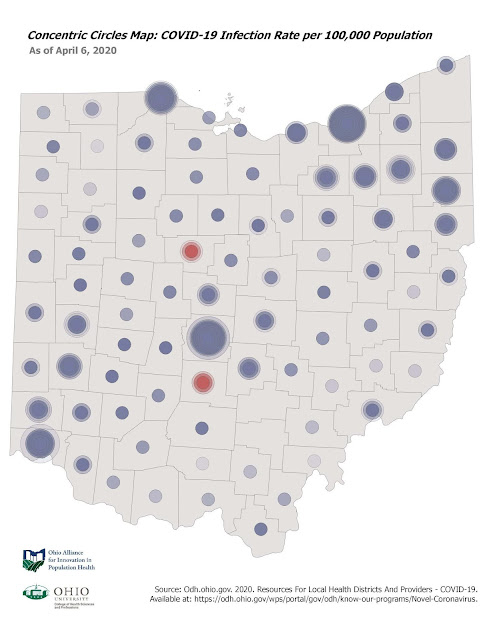 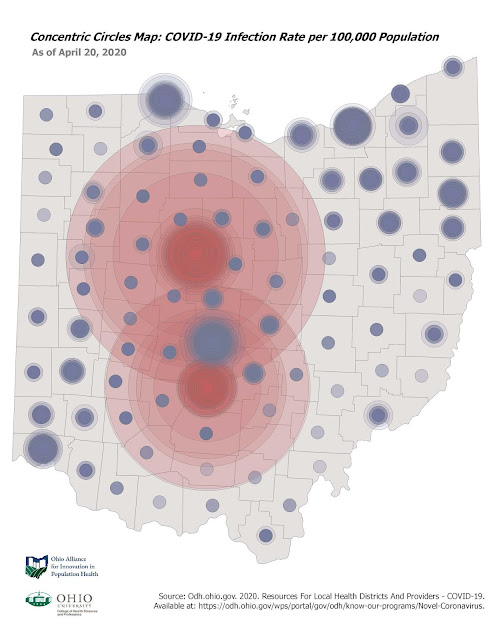